By Barb Cross
The Observer 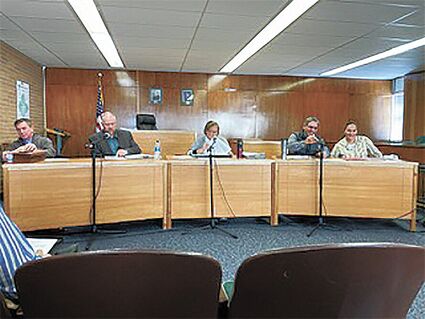 Good morning and here we are in the first month of a New Year. A New Year coming with challenges and changes, some of those which began here last week with the swearing in of newly elected county officials.

An estimated 50 plus Banner County residents attended the ceremony and reception which also included a short meeting and district court. We all know that it will take a while for the new officials to get their feet on the ground. However, I for one know that it will happen, and we will be patient!

People here have often had too take time off of work if they wanted to be on the agenda to speak at one of the commissioners meetings. As of that first meeting last Thursday, new times have been set for future commissioner meetings.

The first Tuesday of the month, the meeting time will be the same as prior, 8:45 a.m.

The second meeting has always been on the third Tuesday, which I have seen scheduled for the second Tuesday of the month. I would check this out. The time here has been changed to 5:30 p.m. which will be a great change for many. Seems like a good start in trying to listen to the community.

Rounding out the week, the junior high boys basketball team will play at Garden County at 2 p.m. on Wednesday, January 18th. Safe travel and good luck to each of you, and for more information please call the school at 436-5262.

Well, we still have a lot of snow and my driveway is still needing plowed. I am not enjoying this as much as the chimps at the Riverside Discovery Center in Scottsbluff. If you go to their Facebook page, you can see them having a great time with some "sno-cones" made by some of their staff. More information about what is happening there can be attained by calling 630-6236.

Reminds me of a time when a couple of my kids snuck sno-cone syrup out of the house and made their own sno-cones ... also using the freshly fallen snow. Guess who?

Tonight, January 12th is an evening you may enjoy at the Midwest Theater with Dailey & Vincent. This singing duo is a five-time Grammy Award winner and member of the Grand Ole Opry, and has won numerous other awards during their career.

The concert will begin at 7:30 p.m. The next concert at the Midwest will be on January 20th and will feature Alexias, a Nebraska born composer and guitarist.