KimBowl Owner, A PBA Bowler, Says She Has Pro Potential 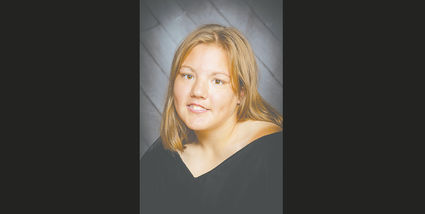 Professional bowler Greg McDaniel says Kimball bowler Alexis Lulf, a sharpshooter from 3-point range in high school basketball, has pro bowling potential if she chooses to go in that direction. She just rolled a 300.

Alexis Lulf made history in the Kimball bowling scene by becoming the first lady bowler to bowl a perfect 300 game! Alexis rolled her 300 game on Jan. 9 while bowling in a league at the KimBowl, according to Greg McDaniel, owner/operator of the KimBowl.

"As far as we can determine, the previous high game by a woman was a 290 bowled by Bev Wilson, who still bowls in league play," said McDaniel.

Alexis has always been quite accurate at whatever sport she is involved in and still shares the single game record for the most 3-point baskets made with eight while playing for Kimball High School. At the same time she was excelling in basketball, Alexis also took up bowling in the youth leagues, and has now been bowling in adult leagues for three years.

"She displayed natural talent and was granted an exception to join the Scratch Trio League with a 158 average in October of 2017, when a 180 was required to join this league," McDaniel said.

It didn't take Alexis long to prove she belonged. She now bowls in five league nights, plus subbing on other nights.

These are her averages for the league nights she bowls: Sunday-209, Monday-217, Tuesday-203, Wednesday-211, Thursday-217! She sports the fourth highest average of all Kimball bowlers, including the men!

McDaniel, who is a professional bowler himself, said, "Alexis has spent time bowling on much harder "professional" oil patterns, and yes, she has the potential to pursue the sport at a professional level if she should choose to do so. Alexis is an example of what you can accomplish from hard work."

Congratulations going out to Alexis Lulf for her 300 game!