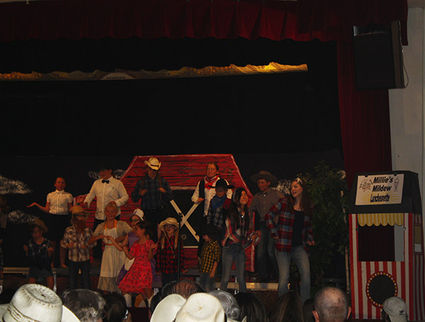 Young actors and actresses showcase their talents during the Potter Children's Theater fundraiser for the Potter-Dix Early Learning Facility.

Children in the Potter and Dix areas took their time to shine, performing "Meanwhile, Back at the Ranch," on July 13 in Potter.

In addition to the show, there was a silent auction and all proceeds went to the Potter-Dix Early Learning Facility.

"We had about six preschoolers and a bunch of older kids who hadn't done it before," director Kristen Kasten said. "I thought they did a really great job!"

Actors and actresses, ages 4 to 13, showcased their talents with help from older students. Josh Hutchinson, a senior at Potter-Dix high school, helped the children with their singing. Mary Kasten,...