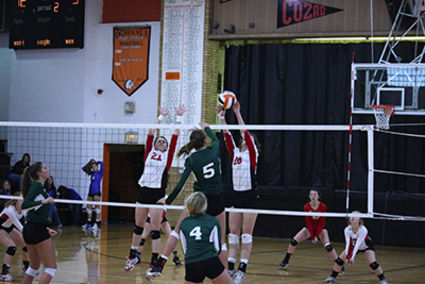 After a long trip to Imperial last Tuesday, Chase County added one more W to their book after defeating the Longhorns in four sets, 3-1.

Freshman, Sydney Biesecker is the new defensive specialist for the Horns and managed to get a game high of 17 digs against a tough Chase County team.

Lady Horns ended Saturday with one win but two losses in the books.