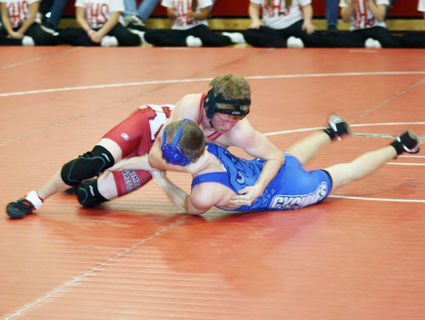 The Kimball High wrestlers hosted Lingle and Southeast this past week and had perhaps their best outing of the season to date according to coach Wade Brashear. Kimball won over Lingle 28-18 and lost to Southeast 36-23, although they actually won in head-to-head matches. Southeast also won over Lingle 51-17.

It was a special night for a pair of special young men as seniors Rowdy Keller and Justin Mohr were honored along with their parents in between matches. These two young men have given a lot of themselves for four years of high school to help build and promote the sport. They both came t...