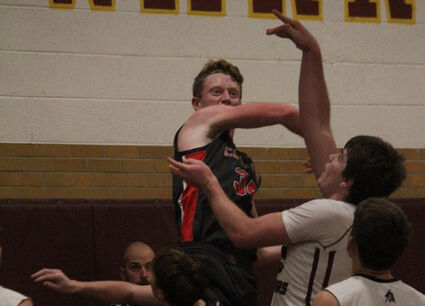 Leyton's Warrior Boys Basketball team has given the Coyotes a tough time this season, handing the Potter-Dix boys another defeat in the championship game of the MAC Tournament at Bridgeport High School on Saturday.

After outlasting Garden County on Friday 59-50, the Coyotes matched up with Leyton, who had defeated them on January 13 with a thrilling come-from-behind 53-48 victory in Dalton. This time, Leyton opened strong and grabbed a lead early and never looked back.