Brother-Sister Duo Busted On I-80 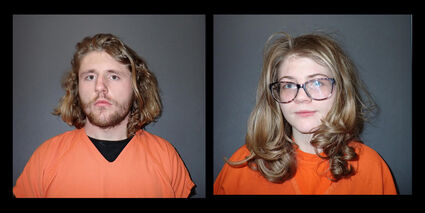 Brett A. Donahue and Diamond A. Donohue

The Nebraska State Patrol arrested a brother/sister duo Dec. 18 on I-80 at mile marker 20.

The two, Brett A. Donohue and Diamond A. Donohue, have been charged with three felonies: Possession with Intent to Distribute a Controlled Substance, Possession of Marijuana (more than 1 pound), and No Drug Tax Stamp.

The affidavit by a Nebraska state trooper observed a black 2021 Jeep with Texas plates traveling 82 mph in a 75 mph zone at mile marker 18.

When the vehicle was stopped, the driver, Brett A. Donohue, had a Pennsylvania driver's license. The odor of marijuana was detected by the trooper...