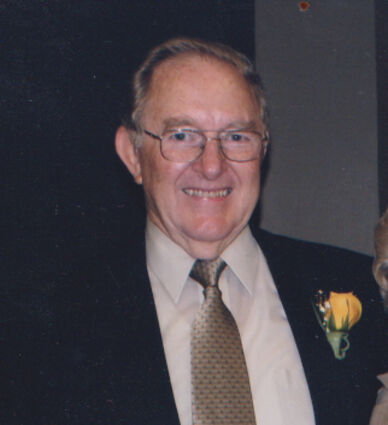 Dale "Red" R. Crandell, 86, of Grand Island, passed away on November 18, 2022, surrounded by his loving family. Visitation was on Sunday, November 27, from 5-7 p.m. at All Faiths Funeral Home. A Celebration of Life service was on Monday, November 28, at 10 am at Trinity United Methodist Church. Reverend Kelly Karges and Reverend Anny Kapundu will officiate. Graveside service was on Tuesday, November 29, at 11 a.m. at the cemetery in Blair, Nebraska.

Dale was born on January 21, 1936, in Kimball County, NE, to Joseph and Eda (Kilburn) Crandell. He graduated from Harrisburg High School in 1952. In 1958, Dale entered the United States Marine Corps, proudly serving until 1964.

On November 23, 1960, Dale was united in marriage to Gay Lee Petersen; the couple moved from Oceanside, California to Washington D.C., where Dale started his career working for IBM.

While working for IBM, he supported many government offices, including the Library of Congress, the Pentagon, and the White House. The couple was blessed with the arrival of two children while in Washington, D.C. From there, the couple moved to Storm Lake, IA, Omaha, and finally to Grand Island in 1983. Dale retired from IBM in 1992.

Dale was a member of Trinity United Methodist Church. In his spare time, he enjoyed woodworking and spending time in nature, including hunting, fishing, and gardening. Dale spent much of his spare time volunteering at many organizations, including the Nebraska State Fair, the Central Nebraska Crain Trust, Trinity Methodist Men's group, pancake feeds, soup supers, and more. His greatest love was spending time with his wife, children, grandchildren, and great-grandchildren.

Dale was preceded in death by his parents Joseph and Eda Crandell; Father and Mother-in-law Walter and Golda Petersen; brothers Donald, Willard(Joan), Edward(Rhetta), and Schuylar(Peggy); sister and brother-in-laws Madge and Bill Smith, Jody and Aug Stricker; and grandson, Will Crandell.

You may leave online condolences at http://www.giallfaiths.com.