Seasons To Build Upon 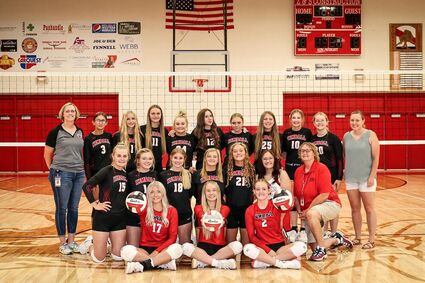 Here's a look back at the Fall 2022 seasons to build on for the Longhorns football, volleyball and cross country teams.

Lady Longhorn volleyball coach Jeri Ferguson said if she could change anything about the season, it would be the record, 4-22. She feels they did everything right, including volleyball time over the summer, worked hard all season, and had great senior leadership. She continued to explain that there were so many sets and games right where they could have gone either way.

Ferguson said, "Need to find a way to have confidence and finish the game."

Praising the senior leadership of Charlotte Hargreaves, Emma Patterson, and Jayden Paxton, Ferguson said they were instrumental in starting the change of culture.

As for next year, the freshmen have improved, and it was a fun season, according to Ferguson.