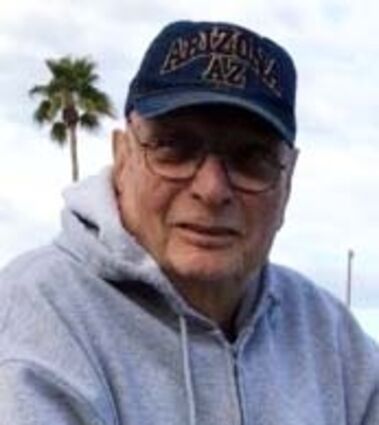 He attended school in Harrisburg until entering and serving four years in the Navy. Following service to his country, Keith made Washington state his home, where he enjoyed a career as a mechanic and gas station owner. He enjoyed tinkering right up until the time of his death.

Keith and his wife, Katy, enjoyed several years as snowbirds residing in Apache Junction, AZ where they acquired many dear friends.

He is preceded in death by his parents; his wife, Kathleen; brother, Stanley; daughter, Debbie; and brother-in-law, Jack.

Survivors include stepson and daughter-in-law, Nick and Joni Kleven; Grandchildren and their spouses, Cameron and Nikki, Brianne and Blake, Stephanie and Alex; Great grandchildren, Elliot, Sondre and AJ; sister-in-law, Sherry Kleven Fischer; nephew, Randy Kleven and his family; along with numerous Snyder cousins that he was able to reacquaint with upon his return to Nebraska.

Keith had embraced his new life after the tough loss of his wife of 42 years, Katy. He was enjoying being back in Nebraska near family and friends.

A special thank you to all the folks at Vista Villa in Kimball for welcoming him back home!

Per his request there will not be a service. Fond memories and expressions of sympathy may be shared at http://www.dugankramer.com for the Snyder family.