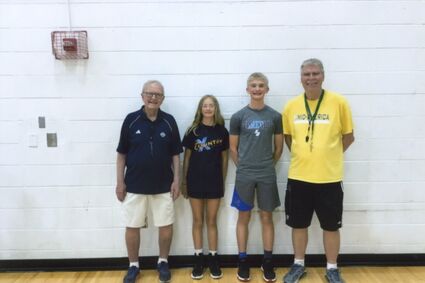 Here's some news that could bode well for Longhorns basketball in coming years.

The camp ran July 17-20 at Central Community College in Columbus.

In the Boys Major League, Braxton was an All-Star, won the Hustle Award, played on the three-on-three champion team with Michael Anderson of Geneva and Christian Conley of Friend, and was the nightly rebound leader and rebound leader of the week.

In the Girls Midget League, MacKenzie was an All-Star, a nightly rebound leader, and a nightly assist leader.