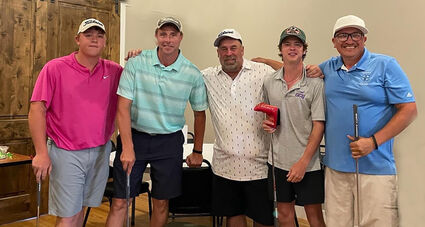 Local golfer Dillon Wise captured the number one A Player status with a score of 115.868. Lance Juelfs was second, followed by Kendal Ferguson, Bruce Smith and Cory Huston.

Tyler Stafford topped the list for C Players with 116.868. Next were Gary Monson...