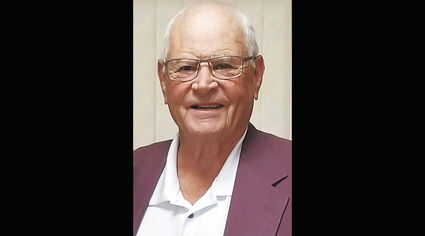 LINCOLN – Tom Southard made it.

The longtime Observer sportswriter has been selected posthumously for induction into the Nebraska Journalism Hall of Fame.

He is among six inductees who will join the hall during ceremonies to be held Saturday, Oct. 22, at The Graduate Hotel, 141 N. 9th St., in Lincoln.

The other 2022 inductees are Tim Anderson, associate professor emeritus, UNL College of Journalism and Mass Communications; John Bender, associate dean and journalism professor, UNL College of Journalism and Mass Communications; Lee Ostdiek, former editor of the Blue Hill Leader; and Russ and Lori Pankonin, former co-publishers of the Imperial Republican, Grant Tribune-Sentinel and Wauneta Breeze. Russ and Lori Pankonin are the first husband and wife team to be inducted into the Nebraska Journalism Hall of Fame.

The Nebraska Journalism Hall of Fame is sponsored by the Nebraska Press Association and the University of Nebraska-Lincoln College of Journalism and Mass Communications. This award honors those distinguished persons who have made significant contributions to journalism in their communities, the state, or the nation.

Since the first Nebraska Journalism Hall of Fame ceremony in 1975, 118 honorees have been inducted.

Tom was born in Dix, attended school in Dix and Kimball, and graduated from Kimball County High School in 1953.  From a young age, he was very involved in sports, earning numerous honors in track, basketball and football. He received a full ride football scholarship to Chadron State College. After serving in the U.S. Navy in 1956-57, he returned to Kimball and married his wife, Karen, in 1958.

His sports writing began after he served in the Navy and returned home. A sports fan and an athlete, he saw a need for better coverage of Kimball High teams in The Observer. He made his case to management to be the one providing it.

He was never a full-time Observer employee, but the number of his bylines in the paper, week in and week out over the decades, suggested otherwise.  He covered sports and wrote his weekly column, "Jock Talk," for 56 years, never retiring.

"I tried to retire two or three times," he once said, "but that didn't seem to work."

Tom was still at it in the year 2020 – as always, typing his stories on a typewriter and hand delivering them to The Observer's downtown office for publication.