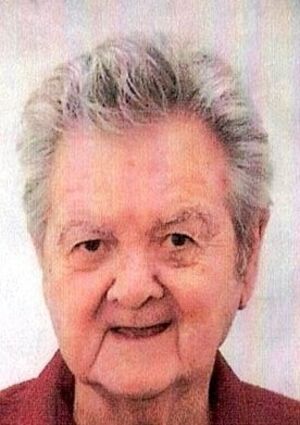 Larry J. Roark, 86, long-time resident of Kimball, passed away Monday, May 9, 2022. Cremation has been held, and memorial services for Larry will be held at a later date. Family and friends may share fond memories and expressions of sympathy at http://www.cantrellfh.com. Cantrell Funeral Home is in charge of the arrangements.

Larry Jack Roark was born in Ames, Oklahoma, on January 2, 1936, to James and Bess Inez (Bell) Roark, and his foster parents were Vern and Isabell Syzemore. He attended school in Ames through the eighth grade. Larry served in the U.S. Marine Corps from 1954 until he was honorably discharged in 1957. He married Shirley Nichol in Fort Collins, Colorado, on June 2, 1957. Together they had three daughters, Pam, Lee and Sharon.

The family moved to Kimball in 1964. Larry worked as a diesel mechanic for the Permian Oil Corporation from the early 1960s till his retirement. He also drove a crude oil truck for Permian before retiring. Larry was a faithful member of Kimball's Church of the Nazarene where he served on its board. He also mowed lawns for church members out of the goodness of his heart and cared for their pets while they were out-of-town, even if it meant visiting every four hours during the night to let the pets out. Larry provided for his family, and he enjoyed spending time with his children and grandchildren. He also enjoyed camping, hunting, and fishing trips with his family and extended family. It didn't matter what project was in the works; he was always ready and willing to help out.

He was preceded in death by his mother and father; foster parents; mother- and father-in-law, Ruby and John Rogers; and brothers-in-law Eugene Nichol and Nelin Nelson.