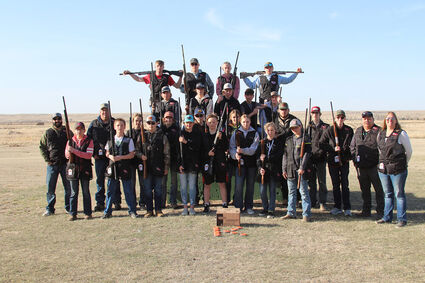 The Kimball Longhorn Trap Team is in its second year of existence with coaches Brittany Cook, Kelly Dunegan, Sean Dunegan and Jeremy Fryda leading the team of 7-11 graders. Practices have been delayed due primarily to the wind, but also the cold has made it difficult to practice. According to the coaches, everything is scored from now until the end of the season. They have five scored shoots.

With 15 individuals returning from the 2021 team, experience is in abundance, and the kids and coaches are committed to the success of the program. The team now has 27 members, which is almost double t...