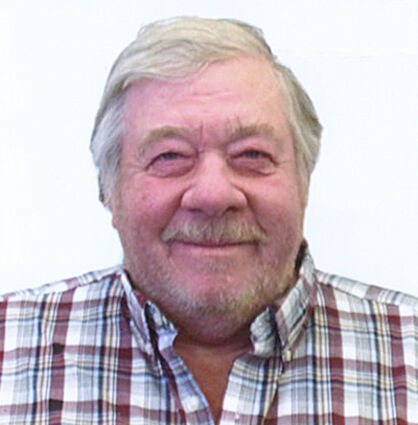 In 1954, the family moved to a farm in St. Peter, MN where they lived until 1962. In 1962, they moved to Chaska, MN and lived on the same block as Guardian Angels Catholic School where Pete attended 4th through 12th grade. In 4th grade, Pete started doing paper routes and later had help from his brother, David. During Pete's 5th grade year, he and David helped Dr. Sutcliffe with yard duties and received a brand-new bike for both to enjoy.

Around 12 years old (1965), Pete and his dad went to the bank so Pete could get a loan to buy a snowblower. The banker, Red DuTouit, offered Pete a deal which was a certain amount of money to keep his sidewalks clear of snow all season (which would cover the cost of the snowblower) vs getting paid each time it snowed. Pete decided he would take his chances and go with getting paid each time – well it snowed quite a bit the winter of 1965 and Pete and David made out very well.

During the summer of 1967, Pete worked for Roman Hesse in Chaska doing field work on Roman's Farm. Pete would stay from Sunday night through Saturday afternoon and be home on Sunday for the day. He was paid $20 a week.

During 9th grade, Pete and his dad helped his Uncle Gary and Grandpa Rutt farm 40 acres in Kilkenny, MN. Pete's senior year in 1971, the family moved to the farm at 1750 Canterbury Rd. in Shakopee, MN. He also started at Toro Company in Bloomington, where he made $2.60 and hour and worked the 3:30-midnight shift.

In addition to a full-time job after graduating, Pete crop farmed and had a dairy cow operation.

In the mid 80's Pete got out of the farm and dairy business and started a snowplow business in the winters and joined the Heavy Equipment Operators Union Local 49 of Minneapolis, MN. He worked for his brother-in-law at S.M. Hentges and a couple other local companies.

In 1995, Pete moved to Belle Plaine, MN where he continued to run motor grader in the summer and run his snowplow company in the winters.

In 2004, he married Tamara (Briscoe)-Rutt and added farming and livestock to their agenda. Pete had a hip replacement in 2007 and retired from the Local 49 Union, but still ran the snowplow business, "R-STAR". In 2012 they moved to Kimball, NE where they met lots of new friends and started a ranching, farming and ran a cow/calve operation. In 2021, they sold the cows getting ready for a new adventure. They bought a place in Apache Junction, AZ where they were planning to spend their winters and planned on moving back to MN in the future to be near family.

Pete will be remembered for always being willing to help someone and all the one-liners he would come up with. He was always full of life.

He is preceded in death by his parents, J. Kenneth and Shirley; brothers, Daniel and Allen.

Peter will be greatly missed by his family and friends.

Memorial gifts may be made to the Peter Rutt Memorial Fund that will support a future agriculture student.