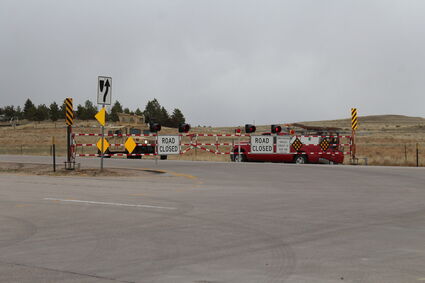 After last week's Air Force Humvee accident, roadblocks were in place five days on Highway 71 between Kimball and Harrisburg.

The 90th Missile Wing Airmen returned a burned Humvee to base April 15. The vehicle caught fire while Airmen from the 790th Missile Security Forces Squadron were transiting Highway 71 near Kimball on April 11, closing the roadway for five days. There were no injuries in the incident.

A team from the 90th Explosive Ordnance Disposal flight worked throughout the week detonating ammunition and grenades that were not able to be removed from the burning vehicle. The area has been determined clear and safe due to their efforts and partnership with the Kimball community.

"We are grateful for our...