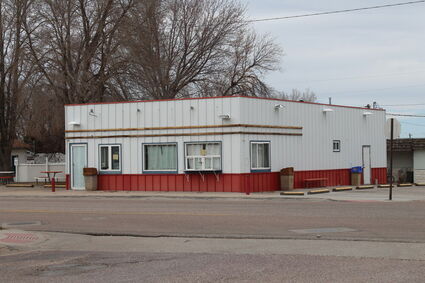 The DQ signs have been removed, and this Kimball building is waiting for its new signs – for Sugar Shack.

"We will be opening, it will be new and exciting," said Deb Fiehtner, owner of the new Sugar Shack in Kimball.

The Sugar Shack will open in mid-April with much of the same menu, she said, as the old Dairy Queen.

Fiehtner wanted to assure everyone that they will have the same shakes, sundaes, cakes, hamburgers, hot dogs, the famous Hickory Burger, and chocolate jimmies. A "Blizzard" just won't be called a "Blizzard." Get used to saying, "I'll have a Reese's Pieces Sugar Storm."

Fiehtner explained that some facets of the Kimball Dairy Queen were grandfathered in from 1963, while corporate could dictate changes to her in other areas. She said after COVID, they seemed to want to force the changes.

According to Fiehtner, corporate was pushing for a number of changes, including a drive-thru, three managers a day, and requiring DQ meat for hamburgers, not beef from the grocery store. Fiehtner said the type of food she has used was not grandfathered in, so even the famous chocolate jimmies from the Blakeslee era were not DQ-approved.

Additional changes would have included purchasing cartons of lettuce, bananas, onions and tomatoes from the DQ supplier. For the Kimball restaurant, this just wasn't feasible.

"We know what worked for Kimball," Fiehtner said.

The Kimball Dairy Queen was started in 1950 by Ira and Ruth Blakeslee, who moved to Kimball from Omaha for the purposed of opening a DQ. They operated the business for 38 years.

Now Fiehtner is in the process of obtaining a new tax ID number, new vendors, new logo cups and products, and new names for products. The Dilly Bar, Buster Bar and cheesecake won't be available at the Sugar Shack.