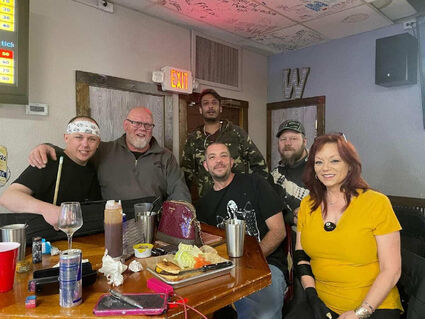 The Kimball 9-Ball Pool League championship members are headed to the national tourney in April. Pictured in front are Shawn White, Steve Warner, Adam Warner, Rusty Warren and Dortha Ramsey. Davyes Patel is in back.

It's time for some Philly Cheesesteaks for Kimball's national qualifying pool team.

The next step is an all-expense trip to the National Tourney in Philadelphia, Pa., April 17-21.

The team is comprised of Steven Warner, Dortha Ramsey, Shawn White, Rusty Warren, Adam Warner, and Davyes Patel and has been playing together for the past three years.

The 9-ball winning team plays at both bars in town, Chute 7 and Beer and Loathing, and they are always looking for new pl...