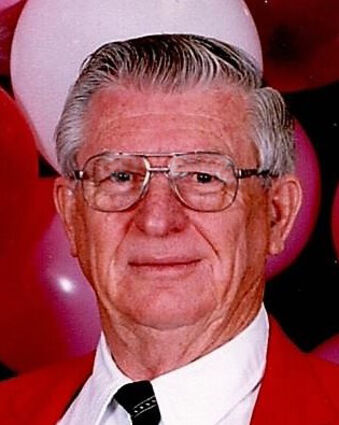 Larry L. Stahla, long-time resident of Kimball, passed away March 15, 2022, at the age of 85. His funeral service was held at 10:00 a.m. on Saturday, March 19, at St. John's Lutheran Church with Rev. Kenneth Mars officiating. Burial followed at the Kimball Cemetery. Friends visited from 2:00 to 3:00 p.m. on Friday, March 18, at Cantrell Funeral Home.

Fond memories and expressions of sympathy may be shared at http://www.cantrellfh.com. Memorials may be made to the Kimball Volunteer Fire Department and St. John's Lutheran Church. Cantrell Funeral Home is in charge of the arrangements.

Larry LeRoy Stahla was born in Kimball on July 21, 1936, to Carl and Fern (Wilhelm) Stahla. He was baptized on August 16, 1936, at St. John's Lutheran Church and confirmed in the Christian faith on July 9, 1950, at First English Lutheran Church in Kimball. He grew up in the country, where he developed his passion for hunting and fishing, becoming an all-around avid sportsman. Larry married Kathleen Teare on June 19, 1955. Together they had three children: John, Steven and Teresa.

Larry was the first Nebraska Hunter Safety instructor, instilling the importance of safe hunting skills and conservation in many. He was a member of the Kimball Jaycees, coaching the youth competition B-B gun team and leading them to a national championship. He served on Kimball's Farmer's Day committee for several years.

Larry headed the Save the Lake campaign for Oliver Reservoir for many years, from its conception to completion, and was still actively working on this project. He was an active member of the Kimball Volunteer Fire Department for 35 years, where he developed many wonderful friendships with his fellow firefighters. Larry was a member of St. John's Lutheran Church.

Larry and Kathleen began their years together in Colorado, and Larry sold farm equipment for International Harvester. This job brought them back to Kimball, where he continued his sales. He then went to work selling cars for JK Chevrolet. Larry continued with his sales career by signing on as a life insurance agent with New York Life and retiring after 40 years.

Larry is preceded in death by his parents, son John Stahla, and granddaughter Hayley Kern.