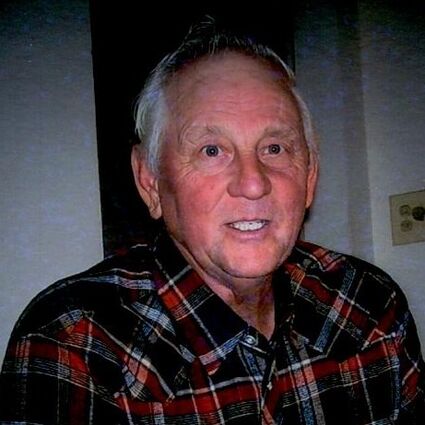 Daniel T. Gawith, 78, of Bushnell, died at his home on February 8, 2022. A funeral service was held at 10:00 a.m. on Monday, February 14, at Cantrell Funeral Home with Rev. Roger Gillming officiating. Friends were invited to visit the funeral home beginning at 8:30 a.m. before the service. Burial was held in the Bushnell Cemetery immediately following.

Fond memories and expressions of sympathy may be shared at cantrellfh.com. Memorials may be given to the family. The services for Daniel have been entrusted to Cantrell Funeral Home.

Daniel Tyrus Gawith was born on March 23, 1943, in Kimball to Tyrus William Gawith and Martha Constable. After attending school in both Bushnell and Kimball, he graduated from Bushnell High School in 1961.

Daniel met Patricia Jo Simmonds while attending Parks Business School in Denver. They married on July 14, 1963, in Fort Morgan, Colorado. They moved back to Bushnell in 1964 where Daniel farmed, hauled cattle and hay. He worked at the Bean Elevator for the Pillsbury Bean Company.

Throughout the years, Daniel served on the Bushnell School Board and the Volunteer Fire Department. He enjoyed playing Keno and slots, repairing all his equipment and remodeling his home.

He was preceded in death by his parents.