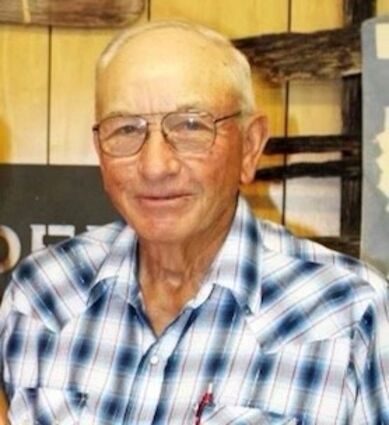 Glendel M Snyder, 86, of Kimball County died Saturday, February 5, 2022, at Aspen Winds Care Center in Cheyenne, Wyoming. Visitation will be held at the funeral home on Friday from 1:00 until 6:00 p.m. . Funeral services will be held at 10:00 a.m. on Saturday, February 12th, at the First English Lutheran Church in Kimball. Friends may visit http://www.cantrellfh.com to share condolences and stories with the family. Burial will follow the funeral at the Kimball Cemetery with lunch to follow at the Eagles Club. Arrangements by Cantrell Funeral Home.

Memorial Gifts may be made to the Historical Society, Bushnell Lions Club or First English Lutheran Church.

Glendel was born in Banner County on August 1, 1935. He was the oldest son of Glen "Shorty" and Roberta (Sweatt-James) Snyder. He graduated from the Banner County High School in 1954 with his high school sweetheart, Joan Stauffer. Glendel and Joan were married in Harrisburg on Wednesday, September 28, 1955, on the date of Glendel's parent's 25th anniversary.

Glendel enjoyed being active in his community. He was a member of the First English Lutheran Church, Bushnell Lions Club, Kimball County Rural Fire Department, and the Kimball County Historical Society. Glendel took great pride in seeing his passion for farming and ranching to continue to grow with his sons and grandchildren.

Glendel was proceeded in death by his parents, brother Linden, and wife Joan.