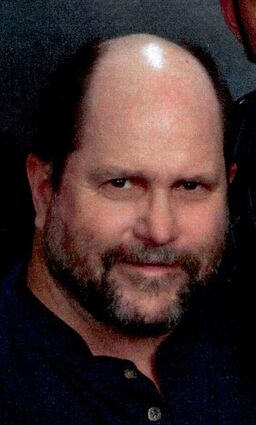 Ricky Dean Gehrig, born in Pueblo, Colorado, on May 17, 1957, headed towards his next adventure in life on October 10, 2021. Memorial services will be held at 2:00 p.m. on Friday, October 22, 2021, at the Cheyenne National Cemetery in Cheyenne, Wyoming. Friends may visit http://www.cantrellfh.com to view Ricky's Tribute Wall and leave condolences and stories for the family. Memorial gifts may be given in his memory to the family. In lieu of flowers and in keeping with Rick's good-hearted nature, please take a random moment to open doors with the gift of your time. Trees may also be planted in his memory. The services for Ricky have been entrusted to the Cantrell Funeral Home.

Rick proudly served in the Armed Forces (to his mothers' surprise too! The Army sent him home four times before he even got to boot camp!). He was stationed overseas in Germany near the Black Forest, and he loved it there because of its beauty. Rick was honorably discharged twice and was a brother of the 2/68 Armor Regiment "Silver Lions". Rick chose a career of a journeyman lineman. He was raised with a whole family of them in his youth, and it stuck with him for life. Rick loved his brothers at the IBEW, young and old, grunts and pushes. He would be proud as a peacock when the younger ones would call him and tell him they made journeyman! You could often catch him talking of his fellow brothers with love and pride on his face and in his heart, and with genuine laughter deep from within him.

He was an awesome, extraordinary, and a very ornery man! He had a heart of gold, and there was not a soul that he met that he didn't touch. Rick was a gentle giant! He was kind of like a toasted marshmallow, hard and crusty on the outside, but warm and gooey within. He loved to laugh and joke; he loved to tease and wrestle. His wonderful, mischievous, bellowing laughter would light up the neighborhood. Rick's presence lit up the room, especially if his "presence" smelled oddly like "jasmine and lilac" or "pine and wisteria".

"We're all travelers in this world. From the sweet grass to the packing house. Birth 'til death. We travel between the eternities." – Robert Duval