For Newcomer, Kimball Was Love At First Sight 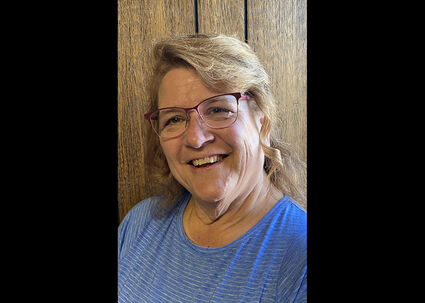 Tammie Schlueter is new here, but she's a familiar face to some. Main Street Market cashiers are like that.

Here's another installment of the Observer's series on community newcomers.

You might recognize this newcomer to the Kimball area – Tammie Schlueter.

Tammie works at Main Street Market as a cashier. A little over a year and two months ago, Tammie arrived in Kimball, displaced due to COVID.

She and a friend owned a childcare facility in Greeley, Colo., and when COVID hit, it hit the childcare industry hard. She lost her business, but has landed on her feet in Kimball.

Ironically, 22 years ago, Tammie had stopped in Kimball at the park and had a picnic.

"We just loved it," she said. 'I always wanted to move back, but I didn't know what the name of the town was."

So, many years later, a friend of hers told her she was moving to Nebraska. Tammie came to visit her, and her friend took her to the park – Tammie recognized the park: "You moved to my town!"

Her friend had relocated to Kimball and suggested Tammie come to the area. Arriving on Aug. 21, Tammie found a job in Kimball in just five days.

According to Tammie, the best assets of Kimball are the people. She said they are friendly, talkative and great neighbors. She loves the small-town atmosphere, but then she was raised in a small town in Oregon.

"I have met lots of people," she said.

Although happy in Kimball, Tammie does miss some shopping spots in other areas. Of course, she misses her family, but it isn't long to travel to the Greeley area.

If you see Tammie, she might be walking or riding her pink bike with white wall tires. Give her a wave or a honk.