Feral Cats Get Their Day In Plan Before City Council 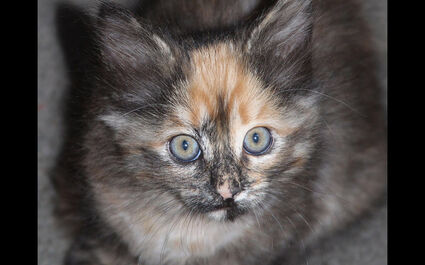 This feral cat lives on the south side of Kimball. A program is proposed to catch, spay or neuter, and release feral felines in the city.

Kimball resident Tiffany LaBeau addressed the Kimball City Council on Tuesday, Oct. 5, to ask for financial support to assist in a program to spay/neuter feral cats. LaBeau said that she has at least 25 feral cats near her residence on North Elm.

A presentation by LaBeau explained that her proposal to spay/neuter feral cats would use the Cheyenne Animal Shelter for sterilization and core vaccinations for a nominal fee of $40 per cat. Once the animals have been treated they are returned. The program would prevent diseases, deaths and eventually reduce the feral population. Her plan includes eight cats a month.

The council asked LaBeau to obtain nonprofit status for the program so they could address the issue again at the next meeting. LaBeau has over 250 signatures on her online petition, located on Kimball Area Pet Search Page. LaBeau is moving forward with the catch and release program as she has a Friday appointment for four cats at the Cheyenne Animal Shelter.

The city has been contacted by "developers and backers" for possible purchase. The city attorney will investigate a sale price and develop an agreement for potential buyers. The lots are located north across the street from the Kimball County Manor.

Other business included a discussion and attempt to clean up language for R-4 and C-4 zoning. Both were referred to the planning commission.

In addition, the council discussed and approved updates to the LB840 Business Grant Guidelines and Checklist for Economic Development for 2021-2022.

The next Kimball city council meeting is scheduled for Oct. 19 at 6 p.m.