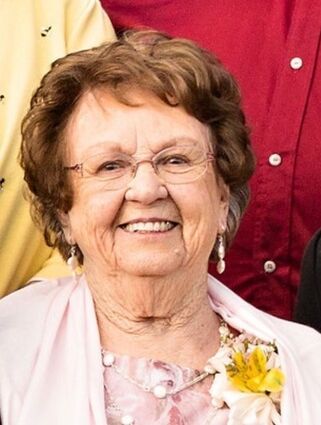 Donna June Southard passed away in Colorado Springs, Colorado, on July 17 at the age of 92.

She was born June 17, 1929, in Concordia, Kansas. She was the daughter of Charles and Beulah Bailey. Donna was the youngest of six children. Her parents and siblings all preceded her in death.

After graduating from Doane University in Crete, Nebraska, in 1949 with a teaching certificate, she moved to Dix, Nebraska, and taught in country schools. Donna married Vernon Southard on May 1, 1954, in Dix and lived there until Vernon's passing in 1998. During her life in Dix, she was active in community events and improvements, served in many roles in her church, was an active leader of 4-H, Cub Scouts, and was a friend and neighbor to many.

After the death of Vernon in 1988, Donna moved to Colorado Springs to live near Chuck and his family. She moved to Olathe, Kansas, in 2004 to be near Patty and her family, and returned to Colorado Springs in 2014. She especially enjoyed her time with her family attending parties, weddings, BBQs, and any other opportunity to share time with her children, grandchildren, great grandchildren and friends.

She was the life of the party at events, enjoying great conversation, telling jokes and funny stories, and participating in any fun that happened to be going on. Her humor and outgoing personality will be greatly missed. A special 90th birthday party in 2019 was attended by nearly her entire family, attesting to the love and respect she had from her family. She was blessed to have been able to meet all of her great grandchildren before her passing.

Graveside services will be held in Dix, NE, on August 28 at 12:00 p.m. A lunch will follow at the Dix Fire Hall. In lieu of flowers, donations to the Dix Cemetery Fund are suggested: Dix Cemetery Fund, In Memory of Donna Southard, P.O. Box 86, Dix, NE 69133