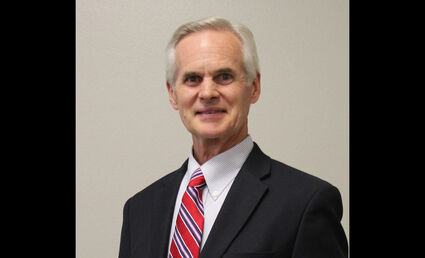 The stop included a a tour of the town and a visit to Clean Harbors, plus visits to Kimball Health Services and the Kimball Public Schools.

Foley told the Observer that he came to Kimball for two reasons.

“I like to get out across the state and meet the economic development folks and find out what is really going in these communities.,” he said. “There is a lot happening in Kimball and about to happen, as we all know.”

In addition to a tour of the community, including the city’s infrastructure, Foley toured Clean Harbors in anticipation of their expansion of another incinerator.

In relation to the upcoming missile project, Foley said, “The influence of the Department of Defense on this community is going to be profound over the next decade. Thousands of workers, tens of billions of dollars will be spent in this area. So it is going to be a boom time for this community.”

Foley said it is crucial to be prepared and to know what kind of infrastructure demands are needed.

While Kimball has had knowledge of the missile project, Foley said, “I didn’t know about it until Elyse (Schlake, Kimball’s economic development director) contacted me about a week or so ago. I had no idea.”

“The people are in the east. They didn’t get it right. I love coming out here. Beautiful wide-open spaces, pristine lands.”