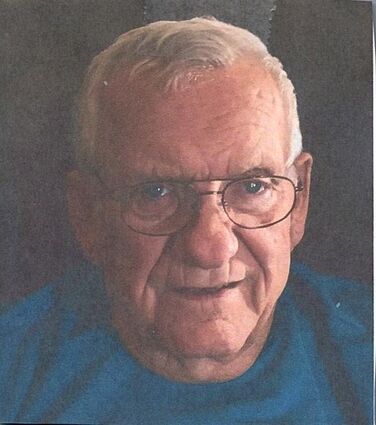 A celebration of life for both Charlie and Trish will be held at 10:00 a.m. on June 11, 2021, at the Kimball Cemetery with Pastor Brent Kuhlman officiating. Military Honors will be provided by Pine Bluffs American Legion Post.

Friends may visit http://www.cantrellfh.com to view Charlie's Tribute Wall and leave condolences and stories for the family. Memorials may be given in their memory to St. Jude's Children's Hospital. The services for Charlie have been entrusted to the Cantrell Funeral Home.

Charles Wayne Goins was born in Evarts, Kentucky, on August 3, 1944, the son of Charles P. and Ruby (McClenney) Goins. He graduated from the Kimball County High School and went on to serve his country in the United States Army during the Vietnam War.

Charlie worked in the oil fields around Kimball and also for the City of Kimball. He then worked in the coal mines of Wyoming as a Master Electrician and High Voltage Electrician before retiring in 2007 from Rio Tinto Energy. Charlie could be found any day of his retirement on his lawnmower, sometimes even mowing the dirt if the grass was not long enough.

Charlie was baptized and confirmed in the Lutheran Church-Missouri Synod. He was a member of the congregation Faith Lutheran in Owasso, Oklahoma.

Survivors include his wife Beverly Goins and daughter Trish Goins, both of Skiatook, OK; brothers-in-law Arnie (Dixie) Kuhlman of Cheyenne, WY .; and Bob (Anita) Kuhlman of Casper, WY; and many nieces and nephews.