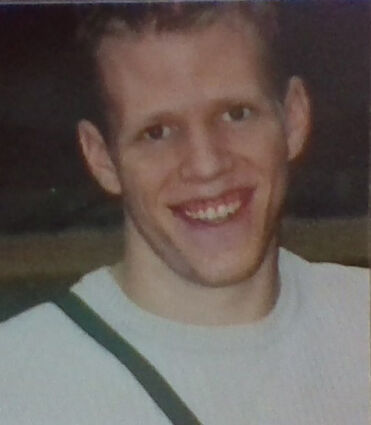 On Sunday, March 14, 2021, Dustin Wallace, loving son and brother, passed away at the age of 39 at St. Francis Hospital in Wichita, Kansas after an extended illness.

Dustin was born in Scottsbluff, Nebraska. After graduating from Kimball High School in 1994, he attended Graceland College on a volleyball scholarship. He later graduated from Friends University in Wichita, Kansas.

Following his passion, he volunteered at Riverside Zoo in Scottsbluff, Nebraska, during high school. He interned and worked at various zoos, including Cats Tails, Phoenix, Henry Dorley, Sedgwick County and others. Dustin's passions included playing and coaching volleyball, working with animals, especially big cats, zoos, and watching University of Nebraska volleyball. He loved watching movies and listening to music. He was a giving friend with a wonderful sense of humor.

Dustin was preceded in death by his grandparents Tommy and Bob Wallace and Harriet and George Gordon. He is survived by his mother, Diane, father, Bill, and his sister, Danelle and her husband Rick Froistad, nephews Will and Jack and niece Emersen of Las Vegas, Nevada.

He is also survived by his aunt Barb and uncle Punk Ebberson of Phoenix, Arizona, and Rick Wallace of Scottsbluff, Nebraska, friends and caregivers, Nikki Benbrook, Teresa Hughes, and Deanna Soell of Wichita.

A balloon launch in memory of Dustin will be held Sunday, May 16, time to be announced at Tangaynika Wildlife Park parking lot near Wichita. A celebration of life will be celebrated by family members in May. Donations made in Dustin's name can be sent to Riverside Discovery Center in Scottsbluff, Nebraska, or a zoo of your choice.