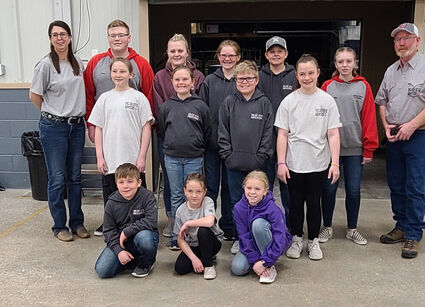 In the BB Gun competition, the Dead Eyes Team I placed 3rd overall and earned the opportunity to participate in the Daisy National BB Gun Match in Rogers, Arkansas in July of this year.

Individually, several members of the group also stood out as well. Julia Winstrom in her last year of eligibility for participation in the BB gun division placed 1st with a score of 377.

In the Sporter Air Rifle division, 4 youth participated on the team, which placed 4th overall.

Last year's state match was canceled just days before it was to take place, due to COVID restrictions.

"The kids were very excited to have the opportunity to participate this year," said coaches Larry and Nicole Snyder. "The kids did great, even with our shortened season, and we are really proud of how hard each of them has worked and improved over the season."

The BB Gun Team will have to wait to see if there will be a Daisy National Match this year. Daisy expect to make a decision around the first of April.

If a match is held the team members, plus 2 alternates will begin fundraising and making plans to attend.