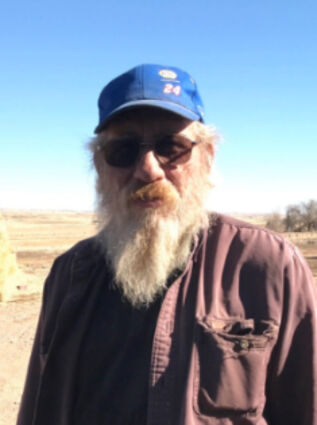 William (Billy) D. Olsen Jr., 68, passed away on March 4th, 2021 in Wellington, CO. He was born October 21, 1952 in Kimball, Nebraska and raised on the family farm in Banner County, Nebraska by parents William and Donna (Gulick) Olsen.

He graduated Banner County High School in 1970 and shortly after enlisted in the Navy, where he received the National Defense Service Medal for his work on the Suez Canal.

After his service he moved back to Banner County, where he married Jennifer Gardner. He attended Eastern Wyoming College, where he obtained an Associates in Agriculture Business. Shortly after, they moved to Montana and had a daughter and twin boys.

The family moved to Greeley, CO in 1986 where Bill began work as a dairy equipment service technician. Several years later Bill and Jennifer divorced. Bill moved to eastern Nebraska in the mid-nineties and married his second wife Ann, who had three daughters.

After a divorce, Bill moved back to northern Colorado in the early 2000s where he continued his work in the dairy industry.

There he retired peacefully where he spent his remaining years passing on his skills and extensive knowledge to his children and grandchildren.

Bill always enjoyed conversation, smoked meat, and working with his hands. If it was in his power to help someone, he always would.

Following the service, a reception will be held at 1 p.m. at the 4-H building in Kimball, where all who knew Bill are welcome to come and celebrate his life.