Foundation Appears To Be In Place For More Success 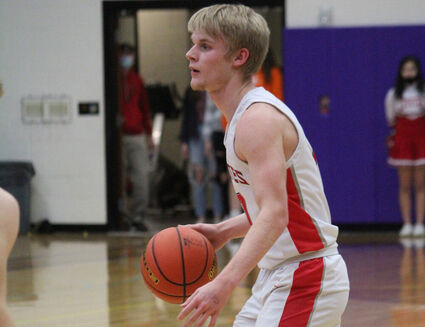 Potter-Dix senior Javon Coyle was a big part of the success of the Coyote basketball team this season, breaking a record for assists and helping lead the team to an 18-5 record, their best since 2008.

Potter-Dix's Coyote basketball team had its best season in 13 years, finishing with an 18-5 record, a D2-11 Sub District title, and a trip to the D2-5 District final before falling to the Loomis Wolves 83-45.

There were many individual records set during the season, including senior Javon Coyle's 16 assists in a game, beating the previous record of 13.