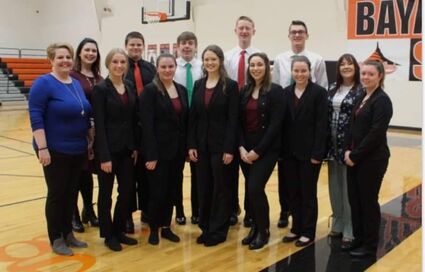 The Potter-Dix High School speech team is heading back to State.

The Coyotes, five-time State champions since 2002, qualified for the D1 state competition at Kearney High School on March 19 after winning this year's District and Minuteman Activities Conference championships.

Potter-Dix's speech pedigree is most impressive.

On top of that, the team remains the most recent D2 champion because the pandemic canceled State last year. Potter-Dix will not, however, defend that title March 19 and instead compete at D1 after moving up in class due to enrollment.

The D1 meet will unfold on the main floor at Kearney High School, while D2 will occupy the second floor.

Here are Potter-Dix's results at the recent MAC and District competitions: