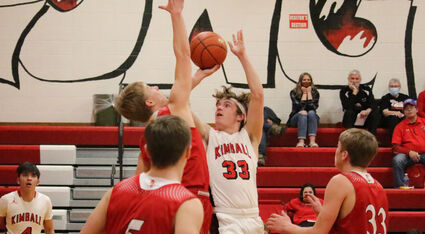 Ethan Ratzlaff and the Longhorns lost to Bridgeport in Sub District play, ending their season.

Kimball's season came to an end in the first round of the C2-12 Sub District Tournament, as they matched up against number one seed Bridgeport and were overmatched.

Kimball ends its season 0-16 but had the opportunity to get younger players playing time that should translate into wins in coming seasons.