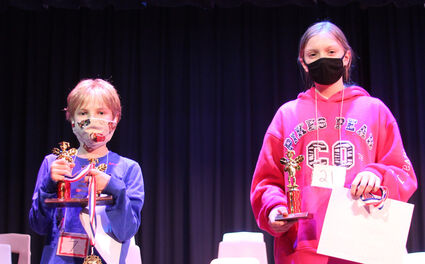 The Kimball Spelling Bee began last Thursday with a practice round for 23 students and concluded an hour later with only two students left spelling.

In the final round, Andrew Hawthorne, a fifth-grader, drew the word "casualty." Unfortunately he misspelled it.

Anna Coleman, a seventh-grader, would have to spell "casualty" correctly and then spell the next word correctly to win the spelling bee. That is just what she did.

For the win, Anna spelled "plague."