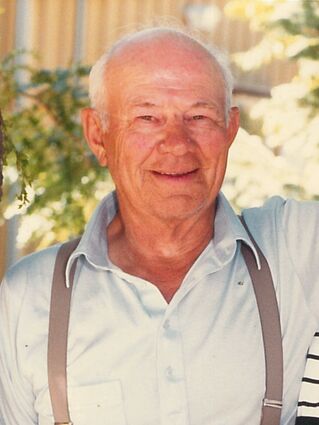 Bob was preceded in death by his first wife, Jessie; parents, Olla and Ruby; sisters, Betty, Beverly and Darlene.

Bob served in the Army Air Force during World War II. He was a waist gunner flying in B-17's, based out of England. He owned and operated an automotive machine shop in Kimball, Nebraska. When he retired, Bob enjoyed spending time golfing and was typically on the course every day.

Graveside service with military honors will be held at 10:00 a.m. Friday, April 23, 2021 at Pine Bluffs Cemetery. Arrangements are under the care of Schrader, Aragon and Jacoby Funeral Home and condolences may be offered at http://www.schradercarescom.

In lieu of flowers, please consider a donation to your preferred charity in Bob's memory.