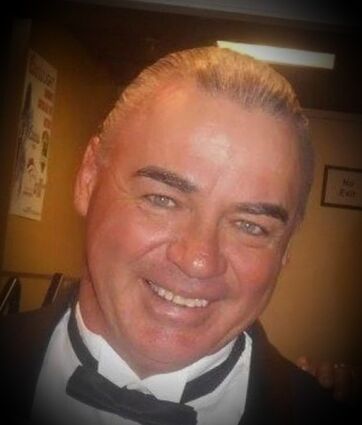 Juan "John" Aguiniga, 56, of Kimball, died on Monday, January 11, 2021. Funeral services will be held at 11:00 a.m. on Friday, January 22, 2021 at the Cantrell Funeral Home in Kimball with Pastor Steven Pettit officiating. Due to COVID restrictions for indoor gatherings, the funeral will be live streamed and will be available to be seen at the Sagebrush in Kimball. Burial will be in the Kimball Cemetery. Following the burial a celebration of John's life will be held for family and friends at the Sagebrush in Kimball. Friends may call at the funeral home on Thursday, January 21, 2021, from 1:00 until 6:00 p.m. Friends may also visit http://www.cantrellfh.com to view John's Tribute Wall and leave condolences and stories for the family. Memorials may be given to the family. The services for John have been entrusted to the Cantrell Funeral Home.

Juan Francisco Aguiniga was born in Sidney, Nebraska, on August 5, 1964, the son of Dave and Rita (Coulter) Aguiniga. John lived and was raised in Kimball and graduated from the Kimball High School in 1982. During high school John worked as a cook at the Beef 'N' Brunch in Kimball. Following high school he went to work in the oil field and worked for various companies including Eatmon's, Z and S, Kimzey Casing and others in Nebraska and Colorado. Later in his career he worked as a rig supervisor. Currently John was working for 3 Schoe's Custom Cutting, Inc. as a truck driver. He was married to Jennifer Roy on October 17, 2015 in Greeley, CO. John enjoyed many things in life, including golf, motorcycles, and spending time with his family, especially his wife and grandchildren. He was also an avid pool player and was a member of the APA and had won three trips to Vegas where he competed in pool championships. John's faith in God was very strong, he always worked to bring people to God and share the message of Christ. He served on the church council at New Hope Assembly of God.