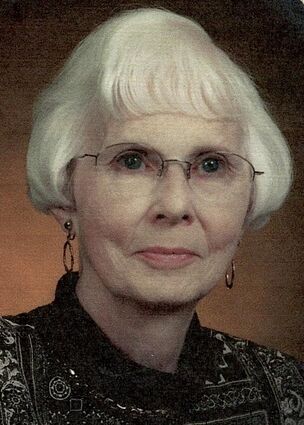 Donna Jean Kallhoff, 88, of Kimball, passed away in Cheyenne, Wyoming, surrounded by her loving family on Monday, January 4, 2021.

Friends may visit http://www.cantrellfh.com to view the obituary and leave condolences and stories for the family. Memorials may be given in Donna's memory to St. Joseph's Catholic Church or the Kimball Hospital Foundation. The services for Donna have been entrusted to the Cantrell Funeral Home.

Donna was born on February 25, 1932, in Kimball, Nebraska, to Martin and Ethel (Leininger) Mulvihill. She graduated from Kimball County High School in 1950 and was married to Lloyd Francis Kallhoff on January 22, 1951, and to this union six children were born.

Donna and Lloyd celebrated 45 years of marriage. Donna was a lifelong Kimball resident except for five years, when she lived in Sidney, Nebraska.

In addition to raising the couple's children, Donna worked at the Western Nebraska Observer as the Office Manager from October 13, 1973, to August 15, 2007, when she retired. Donna enjoyed books, music and singing, but her greatest loves were her children and extended family. She was active in St. Joseph's Catholic Church all her life and later enjoyed being a member of the Red Hat Society. She was loved deeply by her family and friends and will forever be missed.