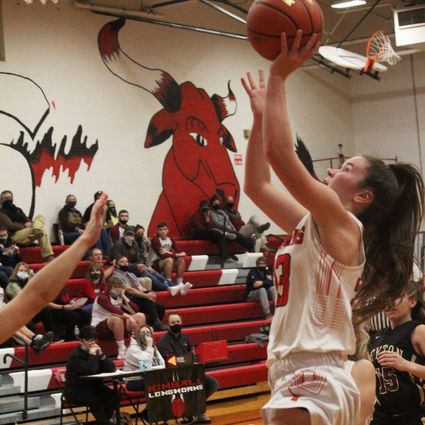 Kimball senior Megan Spicer drive for two points during the Longhorns victory over Leyton on Friday.

The girls teams played first with Kimball notching a comfortable 59-34 victory over a Lady Warriors squad that dressed just five players. It was new coach Jaclyn Burks' first game at the helm of the Longhorns.