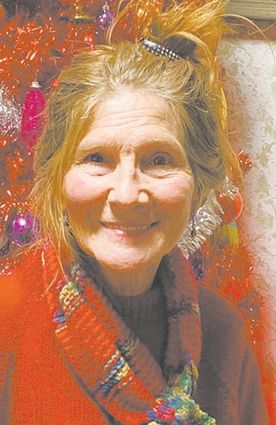 Services will be held at the Eielson Church of Christ in North Pole on Friday, the 11th of December at 7 p.m.Mountain time. There will be a graveside memorial service in Potter, Nebraska, later in accordance with her wishes to have her ashes buried next to her father.

Julie was born May 21, 1955 in Sidney, NE to Stan and Dee Juelfs. She attended the Kimball, Nebraska public schools and graduated with honors from Kimball County High School in 1973. Julie was a member of the Trinity United Methodist Church in Kimball. She attended the University of Wyoming where she graduated in 1977. She then moved to Denver, Colorado, to pursue a career in banking. After leaving one banking job, Julie then worked for a temp agency and had a unique opportunity to travel to Fairbanks to work for a bank in the area. Julie fell in love with Alaska and resided there for the remainder of her life.

As a member of Eielson Church of Christ in North Pole, AK, Julie was loved by the congregation and they tell that she consistently had numerous prayer requests for others and that she had a huge heart.

Julie loved dogs and always cared for many at a time. She assisted with the humane society in the area whenever she could.

A unique attribute of Julie was to send cards to the nieces and nephews with $2 bills and odd amounts of cash and checks. She did this for years and continued to do so as recently as a few days before her death. She never missed sending birthday cards to her family members. It was also told by a friend in Alaska that Julie always had some $2 bills to give to her grandchildren whenever she saw them.

When her brother, Dallen, went through throat cancer in 2014, Julie checked up on him daily during a ten week stretch of surgeries and treatments.

Most importantly, Julie was a follower of her Lord and Savior, Jesus Christ and is now at rest in a beautiful place.

The family would like to thank the members of her congregation and her good friends for the support given to Julie during some difficult years.