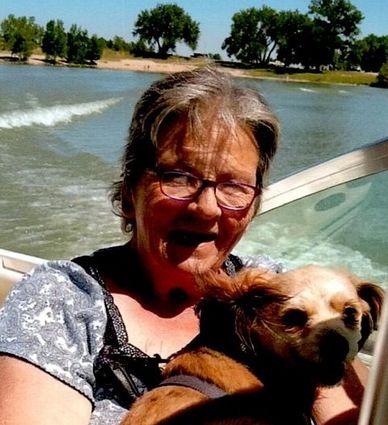 Mary E. Andrews, 69, of Kimball, died at her home in Kimball on Tuesday, November 17, 2020. Cremation has been held and memorial services will be held at a later date. Friends may visit http://www.cantrellfh.com to view the full obituary and leave condolences and stories for the family. Memorials may be given to the family. The services for Mary have been entrusted to the Cantrell Funeral Home.

Mary Elizabeth Andrews was born in Scottsbluff on June 19, 1951, the daughter of Edmund and Elizabeth (Liebhart) Rust. She lived with her family and attended school in Morrill.

Mary was married to Saron Andrews in Scottsbluff on April 19, 1968. They moved to Montana and Mary received her GED while living there. They later moved to South Dakota and then back to Gering, where Mary worked as a homemaker taking care of her children and working on the family ranch in Wyoming.

When they moved to Scottsbluff, Mary worked driving a taxi cab and would help each year with the sugar beet harvest. They lived in Wyoming for a short time before moving to Kimball in 1981. Mary worked for Jim Perry at the Longhorn Restaurant, then Cabela's and the Ruth Linn family along with several other farming families in the area.

She was a member of the Eagle's Auxiliary in Kimball and Scottsbluff. She was an active member of the Kimball Fellowship Baptist Church and the Rebekah Lodge. She enjoyed time bowling, camping, fishing, crocheting, scrap booking and riding horses. Her family was important to her and she loved spending time with them.