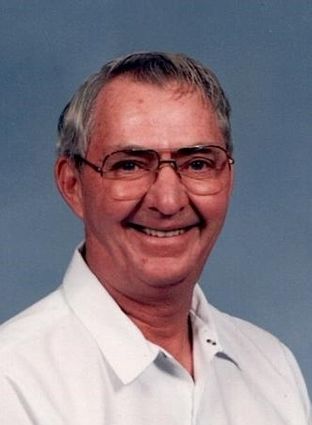 Robert "Bob" T. Kellner, 87, of Kimball, died at the Kimball Hospital on Wednesday, November 4, 2020. Funeral services will be held at 10:00 a.m. on Saturday, November 7, 2020 at the Windbreak at the Kimball Golf Course. Burial will follow in the Kimball Cemetery. There will be no visitation.

Friends may visit http://www.cantrellfh.com to view Bob's Tribute Wall and leave condolences and stories for the family. Memorials may be given to the Kimball Volunteer Fire Department, Four Winds Golf Course or the Kimball County Fair Board. The services for Bob have been entrusted to the Cantrell Funeral Home.

Robert Theodore Kellner was born in Wilcox, Nebraska on April 3, 1933, the son of Frederick and Hilda (Porath) Kellner. He was raised and attended school in Wilcox. Bob worked as a farm laborer and then later went to work for Kimball Electric and received his Electrical License for many years. He later worked for Henry Stahla Homes and helped set up new homes; this was a job he truly enjoyed. He worked at the Kimball Gambles and later the Kimball Hospital.

Following retirement Bob always wanted to stay busy and continued to help at the Kimball Hospital with odd jobs. He also enjoyed golfing, bowling, and helping support the Kimball Rodeo and Fair Board. He spent many years working with 4-H and was an FFA Honorary Alumni and a State and National Sponsor. He was an active member of the First English Lutheran Church throughout his life.

He was preceded in death by his parents, companion Shirley Marshall, brother Leonard Kellner, and sisters Dorothy Vencil and Ella Larsen.