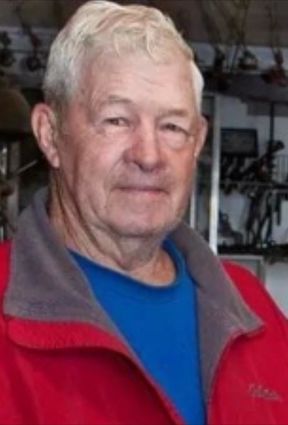 William (Bill) Rauert passed away peacefully into the arms of our Lord and Savior Jesus Christ on August 24, 2020 in Scottsbluff, Nebraska. He was surrounded by his loving family.

Bill was born on October 2, 1934 to Art and Esther Rauert in Grand Island, Nebraska. He attended elementary and middle school at a small country school before attending and graduating from Grand Island Senior High School. He went on to earn an undergraduate and master's degree in science education at Kearney State College. Bill met his wife Jean L. George of Sidney, Nebraska while in college at Kearney State. They were married on October 27, 1957 and have 4 children.

Bill taught wood shop and coached in Broadwater and Kimball, Nebraska for 14 years before starting his own carpentry contract business in Kimball. He had a love for raising animals of many different species including a bear named Katie, bobcats, deer, elk, chickens, ducks, geese, pheasants, and many more.

In lieu of flowers, donations can be made to Regional West Hospice in Scottsbluff, Nebraska in memory of William Rauert. Online condolences may be left at http://www.dugankramer.com