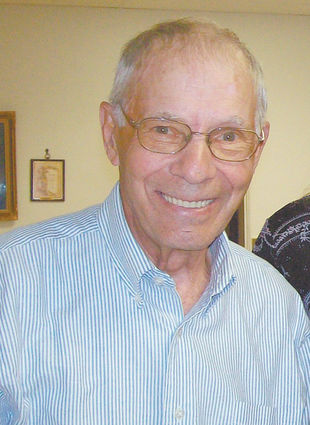 Ralph attended primary and secondary school at Veteran, Wyoming, and college at Sterling College in Sterling, Kansas. He began working as a mechanic at Sherling Auto Electric in Torrington, Wyoming.

He married Mary Erdman in 1950 and began farming. He rented a farm on the Huntley Highway for a short time and then moved to his family's farm on Cherry Creek between Torrington and Veteran, Wyoming. Within a few years they owned and operated several farms in the Veteran area. In 1970, Ralph made his national television debut as a 1930s farmer in a commercial for Metropolitan Life Insurance. It began showing on February 28, 1971, on "Wide World Of Disney." Due to a sun allergy and recent farming accidents, Ralph and Mary decided to make a change in their lives.

They sold their farms and equipment and in 1971 moved to Kimball, NE, where they purchased and operated a confinement hog farm, allowing Ralph to work indoors out of the direct sun. In 1974, Ralph and Mary purchased the "Flower Haven" and later in 1976 they bought a home and moved into Kimball. Ralph "semi-retired" to a part-time job as caretaker of the loc.al cemetery, where he took great pride in its pristine appearance. Even in retirement, Ralph continued to work on his sons' farms and was known to operate combines and other large equipment well into his 80s.

Ralph was devoted to his family and community. He was a member and Deacon of the United Presbyterian Church in Torrington, Wyoming. Ralph served on the Goshen Hole School Board, the Goshen County ASCS Board and was a long time 4-H Leader in the Veteran area.

At Kimball, Nebraska, he attended the First United Presbyterian Church and served on its Session. He served on the Kimball County Farm Bureau Board and was a member and Grand Master of the Masons Pendleton Lodge #2.

Ralph is loved and remembered by his family for his cheerful attitude, work ethic, and endless wisdom. His company was enjoyed by all.