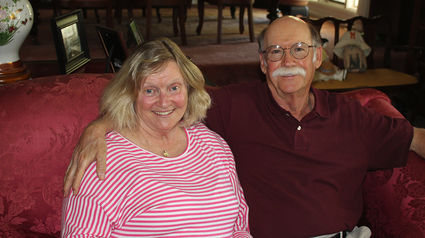 Kimball County High School Class of 1967 graduated 99 seniors. Fifty years later, at their class reunion, two of those classmates reconnected and have since married and made their home in Kimball.

As they approach their one-year wedding anniversary on July 16, Stephen and Karen Gilliland laughed when Stephen said, "We are still talking to each other." They admit they have "been very happy." Stephen said, "The wonders of class reunions."

Although the COVID-19 situation has put a damper on their various travel plans, they acknowledge that the whole situation hasn't been bad at all. Although,...