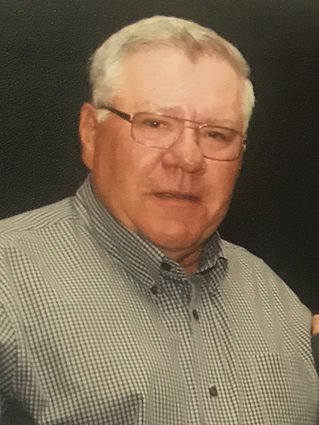 Jimmie "Jim" D. Heilbrun, 76, of Banner County, died at his home on Sunday, June 7, 2020. Funeral services will be held at 10:00 a.m. on Friday, June 12, 2020 at the Trinity United Methodist Church in Kimball with Pastor Alan Foutz officiating. Burial will be held following the funeral at Sunset Memorial Park in Scottsbluff.

Friends may call at the funeral home on Thursday from 1:00 until 6:00 p.m. Friends may also visit http://www.cantrellfh.com to view Jim's Tribute Wall and leave condolences and stories for the family.

Memorials may be given in his memory to Calvary United Methodist Church or to the family to be determined later. The services for Jim have been entrusted to the Cantrell Funeral Home.

Jimmie David Heilbrun was born in Scottsbluff on March 21, 1944, the son of David and Katherine (Schwartz) Heilbrun. He was raised and attended school in Gering and graduated from the Gering High School in 1962. Jim joined the National Guard and served his country from 1962-1968. He was married to Judy McKinnon on July 11, 1965 in Bushnell.

Jim worked for Scottsbluff County in the Road Department until moving to the farm north of Bushnell in 1966. Jim farmed and ranched until the time of his death. He also delivered mail to many Banner County and Kimball County residents, driving over 300,000 miles.

He loved tractors, working his cattle and going on trips to Las Vegas to attend the NFR. Jim and Judy enjoyed riding 4-wheelers together while checking the cattle. He was a member of Calvary United Methodist Church, and enjoyed playing the part of Thaddeus during their production of the Last Supper, he was a past member of the Bushnell Lions Club. Jim loved his family and friends and was known for his story telling ability.

He was preceded in death by his parents and 1 sister Beverly Ludwig.