Low On Numbers, Big On Results 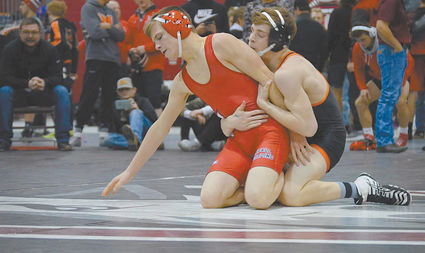 Connor Cluff's wrestling arsenal is deep. He put up good numbers in escapes, reversals, takedowns, near falls and falls this past season. Next year, he'll be looked at to provide senior leadership on a Longhorn team that could be quite formidable.

For certain there were highs and lows for the Kimball High wrestlers in the 2019-20 season and let's start with junior Connor Cluff setting a new Kimball High School record in escapes improving the record from 35 to 45!

Another high was Kimball qualifying 4 wrestlers for the State Tournament!

Coach Wade Brashear had 5 wrestlers this season, at least who finished this season, and to have 4 qualifying for the state tournament is exceptional! Those 4 include senior Stephen Bateman, junior Connor Cluff, freshmen Trey Schindler and Matt Johnson. Senior Joseph Burris was one win away from qualif...