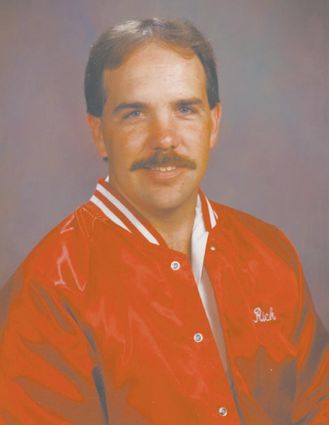 Rick Wynne, shown here in 1990, served 16 years as Kimball fire chief. The chief serves a one-year term and is elected by members of the fire department.

Born and raised in Kimball, retired Kimball Fire Chief Rick Wynne dedicated most of his adult life to the Kimball Fire Department. He said he joined the department in 1990 because "that is where all my friends were. It was just the way it worked."

And now, after all those years of service, he was not overly excited to have an interview.

"I am not the kind of person that likes a lot of attention," he said.

This homegrown Kimball guy just completed 16 years as chief. He served eight years, then took a two year "vacation" and then served another eight years.