Kimball Volleyball Season Was Challenging, But Talented Younger Players Are On The Way 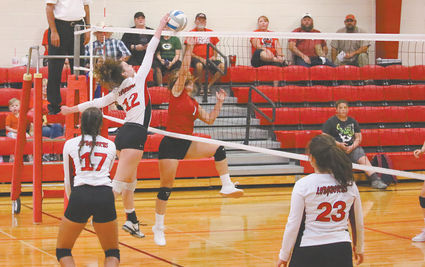 As we close out the 2019 Fall Sports seasons, we asked Kimball High Coach Jeri Ferguson to give us her thoughts on the Lady Longhorn Volleyball season. Here are her comments.

"The 2019 season began with two new changes: one being a new assistant coach and the other was dropping to Class D-1. Staci Paxton came on board as the Longhorns assistant coach. She is a great addition to the program. The only difference moving to a D-1 was it changed where the Longhorns sub-districts were played.

"Even though the 2019 season did not go like we had hoped, we did have some success. Both teams finished...