The Western Motel Once Was Trashed; Now It's Fixed Up For A Better Future 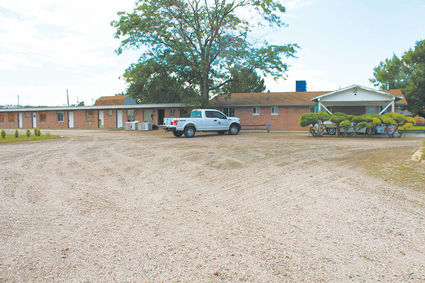 The old Western Motel is spruced up and looking pretty good these days.

Known as the Western Motel, built in 1962 along Highway 30 in the midst of Kimball's oil and missile boom, this 57-year old-motel has seen and heard probably everything that Kimball could offer.

A few years ago if you drove by the place, it was completely trashed. But now, you can see that Cindy Jaquess and Robby Wilson have done an outstanding job of making the old motel presentable.

When the facility was new there were 24 rooms, but the end room was torn apart a few years ago. Cindy and Robby's plans are to tear down the two remaining walls of unit 44 and use those bricks to complete t...